skip to main | skip to sidebar

Best Back in Business

Three weeks ago (honestly where does the time go?) I met up with Alpha at PS 1 because I wanted to try out the new M Wells Dinette.  M Wells, just about my favorite new restaurant of 2011 (Consider: Visit One, Visit Two and Visit Three <--Visit three was one of my best meals ever eaten if you're curious) also shut down in 2011, with so many rumors of a reappearance . . . well, rumors are turning to reality in Long Island City as they're now running PS One's museum cafe. 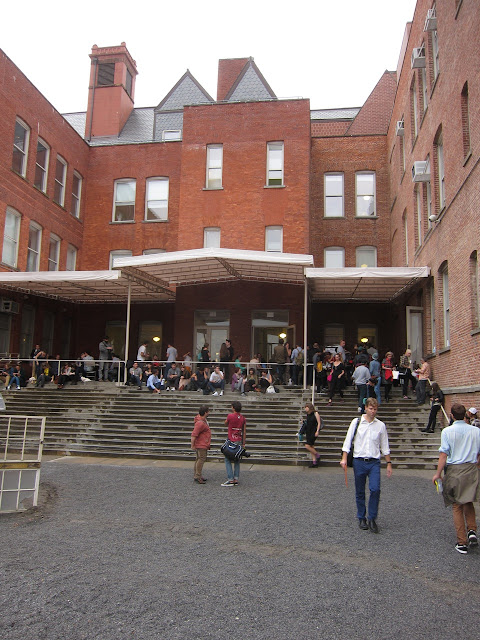 As the PS 1 was once a school you sit classroom style at the Dinette. 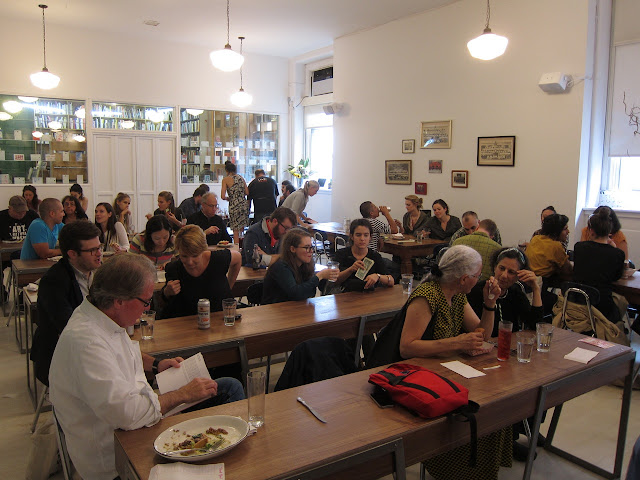 A lot of bustle in the open kitchen.  This pic might look chaotic, but we were seated right away. 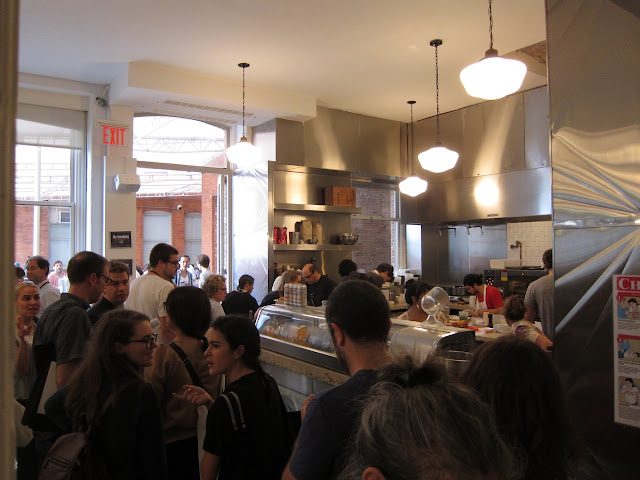 Menu on the chalk board, wonder what two things were all eaten before we got there? 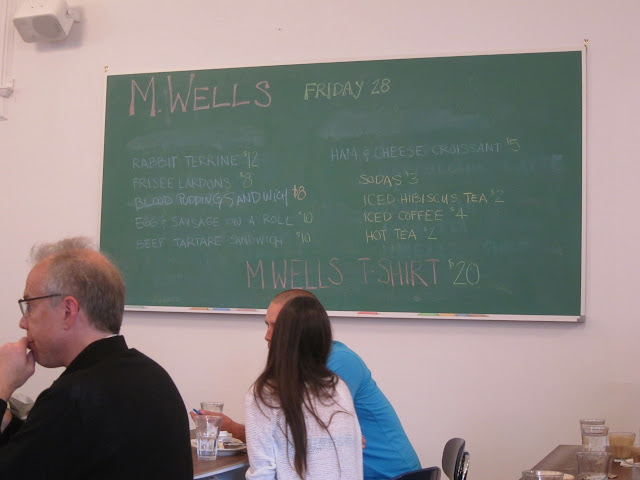 Alpha had the Egg and Sausage on a Roll which was slammin. 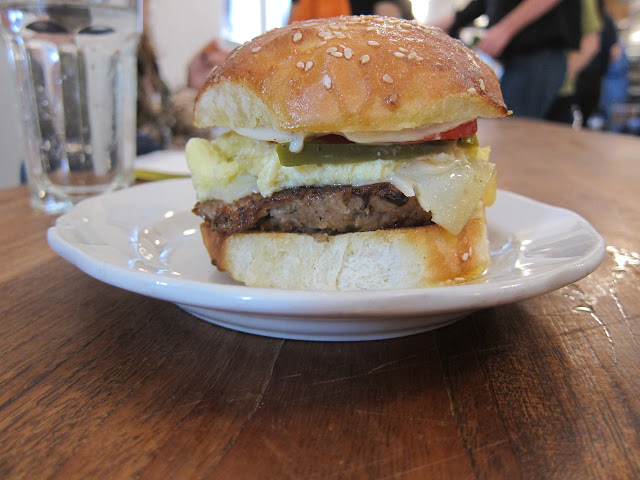 Split the Frisee and Lardons salad, they took the "simple" frisee, bacon and poached egg salad to the next level.  To the M Wells level.  Something was going on with those croutons.  Not sure what. 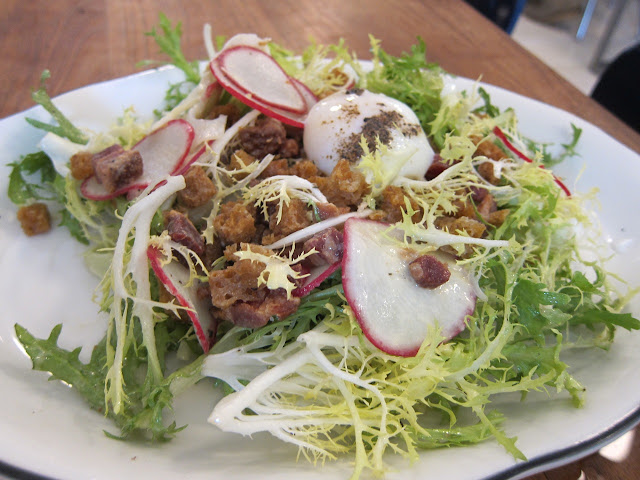 And I indulged in the Beef Tartare Sandwich.  M Wells has a way of making you order things you didn't think you would order, it gets you out of your food comfort zones . . . case in point, I ordered a Sloppy Joe of raw meat and egg. 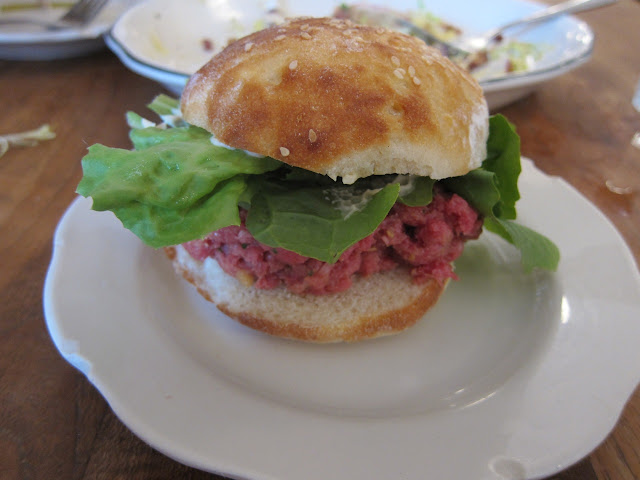 And loved every bite of it! (Filmstrip photo courtesy of some App on Alpha's phone.  Did you know my beard got really burly last month?  It did.  It totally did).

Good to see the old M Wells iconography back in effect. 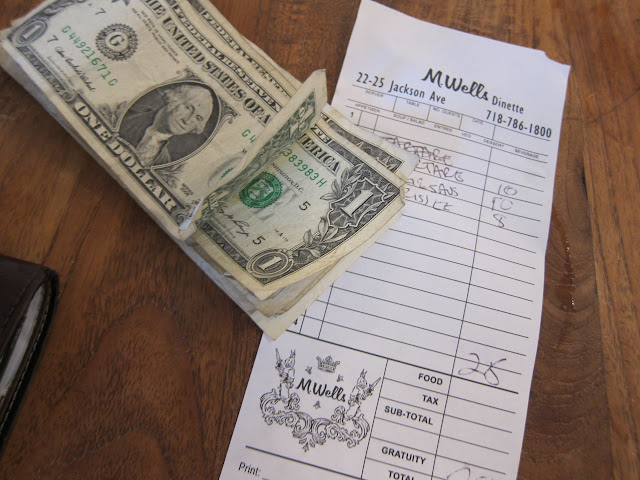 Goodbye, M Wells Dinette.  I will see you again.  And again. 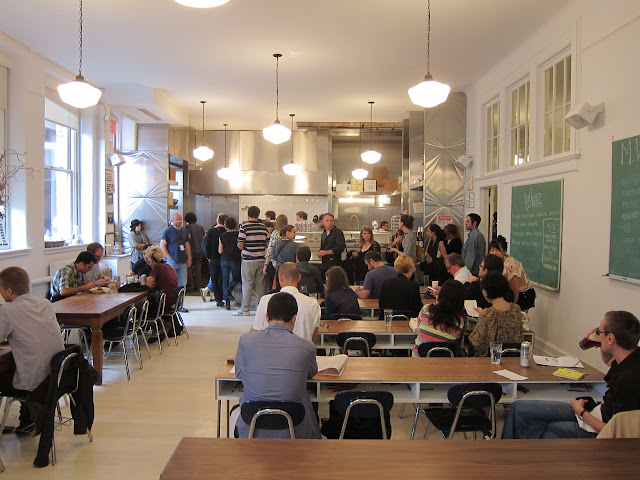 Also going on that day at the PS 1?  The New York Book Fair.  Do not make eye contact with any of the people at these tables.  It will make you feel very bad about not thumbing through all their books. 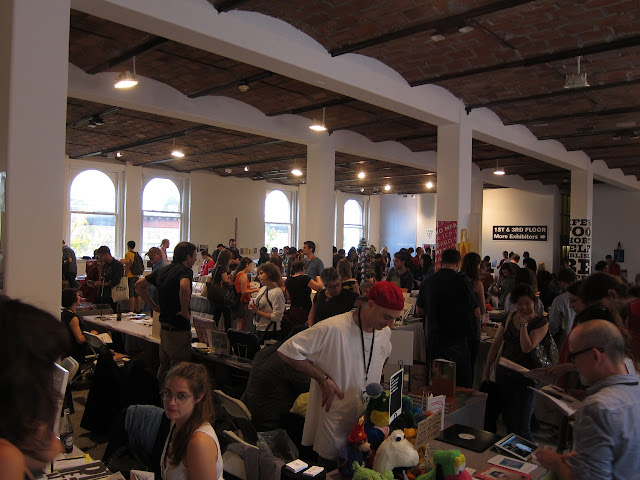 See that green hat?  No, the one in the middle of the photo?  That's Sun Araw, or the musician that puts out records under the name of Sun Araw. 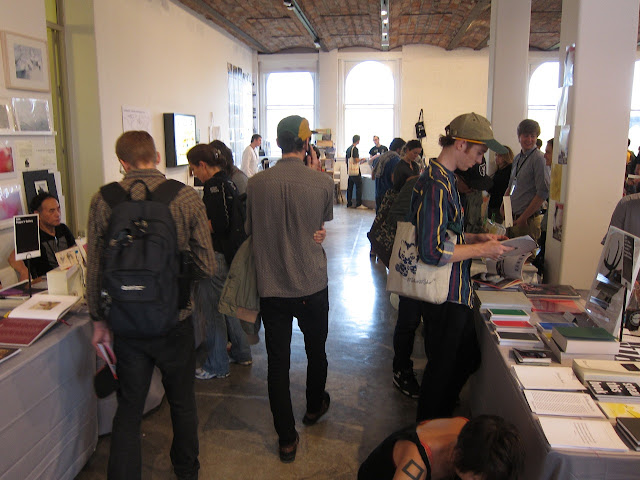 A stray from the Mexican Books section.  (Not a joke.  A statement of fact.) 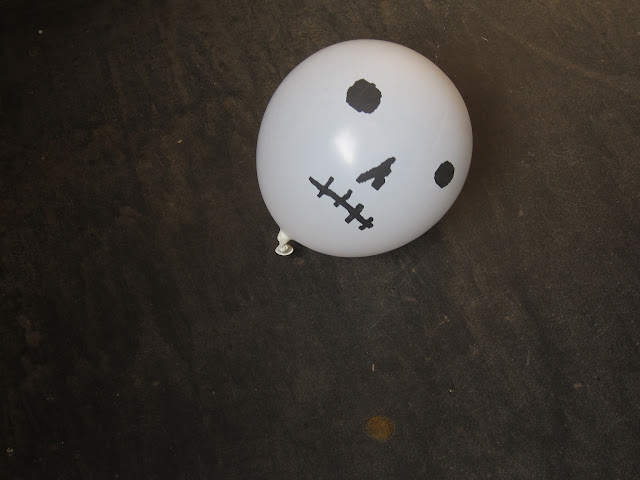 Daniel, friend of many, was there signing and selling his photography book. 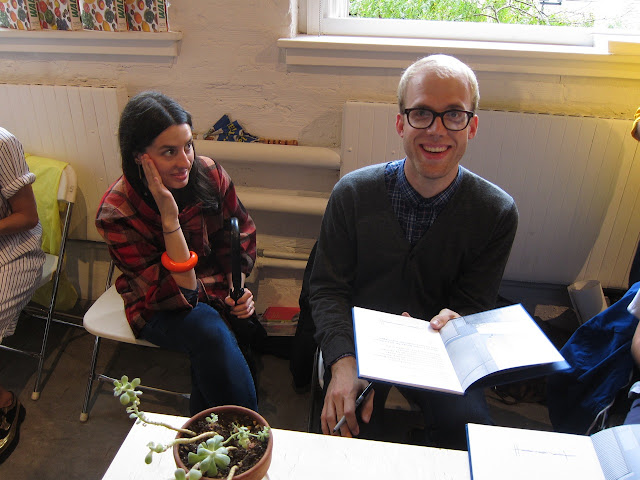 And what's in that dome? 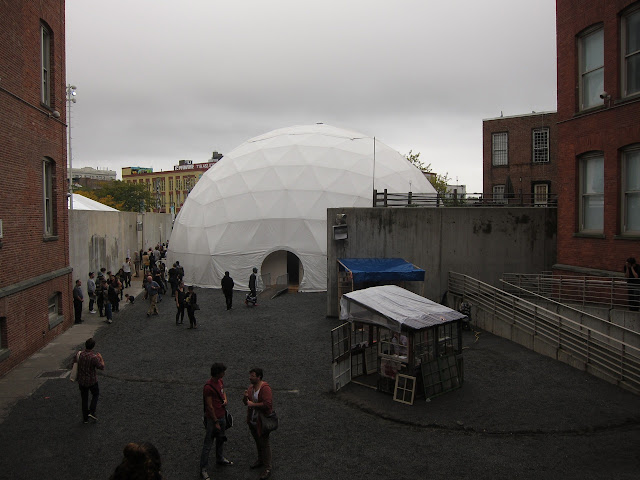 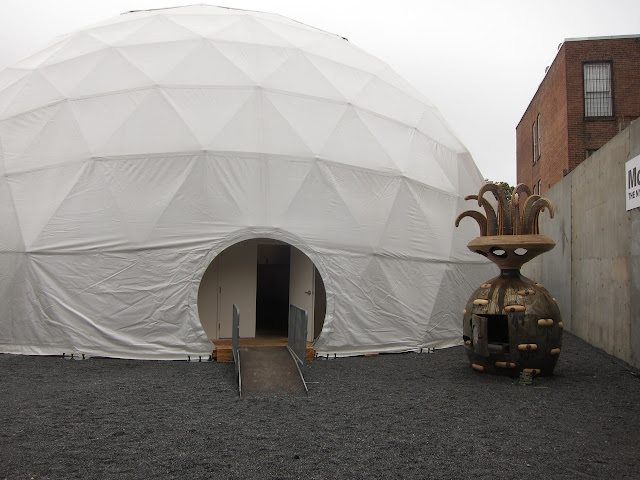 Serious Eats had a major run down of many of the dishes at the Dinette.  Very worth a look.
Posted by Brigham at 12:40 AM

Is the grilled cheese foie gras still on the menu? That was amazing!

I'm happy to see that M. Wells has been reincarnated.